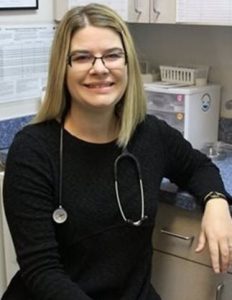 Dr. Kiepert hails from the cold, snowy Midwest. She attended medical school at the Medical College of Wisconsin in Milwaukee, a well-respected school for training in primary care, obtaining her medical degree in 2000. She subsequently completed her residency training in pediatrics at Advocate Christ Hospital & Medical Center in Chicago in 2003.

She and her husband soon relocated to Las Vegas, joining extended family living in the area. Dr. Kiepert founded Tendercare Pediatrics in 2004, and has been striving to provide the best care possible to her patients ever since. In her spare time, she enjoys baking, reading, and entertaining her two children, as well as spending time outdoors enjoying the sunny Las Vegas weather! 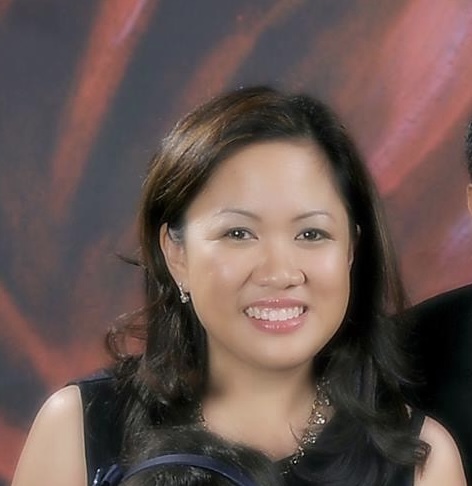 Dr. Ontanillas has been practicing general pediatrics in Las Vegas since 2007. For her, one of the most fulfilling things about being a pediatrician is to be able to connect with children and their parents. She enjoys watching children grow, reaching their milestones, and assisting parents along the way.

She was born in San Diego. She relocated to the Philippines when she was eight years old, where she was raised and completed medical school. Before that, she earned a Bachelor of Science degree in Medical Technology. She went to medical school at the West Visayas State University College of Medicine and graduated in 2000. She completed her pediatric residency training at Nassau University Medical Center in Long Island, New York and moved to Las Vegas in 2007.

Dr. Ontanillas is passionate about serving kids, their families and the community. Her special interests within pediatrics include preventive medicine, childhood obesity, asthma, ADHD, and much more. She is a big advocate of vaccines, and encourages parents to have their children fully vaccinated. She loves to educate parents and children about preventing obesity through healthy lifestyles so that they may thrive and stay healthy as they develop into adulthood.

In her free time, she enjoys cooking, traveling, watching musicals, and binging movies with her daughters. She also likes to travel and is a Golden Knights fan.

Dr. Dianne Galgana was born in San Diego, California. She is a first-generation American, born into a military family that emigrated from the Philippines. As with other cautious, first-time parents, she found herself at the Navy Urgent Care countless number of times for even the simplest issues, ranging from the common cold to upper respiratory infections. As a result of the exceptional, empathetic encounters with health care providers during her formative years, she became inspired to pursue a career in the pediatric health care environment, so that she too could provide comfort and positive experiences for children and their parents.

Dr. Galgana attended University of Nevada, Las Vegas, where she earned her Bachelor of Science degree in Nursing, and subsequently became a Registered Nurse in 2009. She earned her Master of Science degree in Nursing in 2015 from the University of Cincinnati, Ohio, specializing as a Family Nurse Practitioner (FNP) with a focus on the pediatrics population. In April of 2020, she earned her Doctor of Nursing Practice (DNP) degree from the University of Cincinnati, Ohio, with an emphasis on leadership and increasing awareness and implementation of lactation programs in Las Vegas. She pioneered the implementation of an onsite dual-role FNP-Certified Lactation Counselor (CLC) at outpatient pediatric primary care clinics, with a focus on raising the standard of care. Upon becoming a mother herself, Dr. Galgana personally experienced the struggles of breastfeeding, which became the driving force in her mission to provide guidance and support to mothers and young families to promote informed decisions regarding breastfeeding outcomes.

Today, Dr. Galgana advocates for the extension of the mother-infant breastfeeding dyad care and the improvement of three-month exclusive breastfeeding rates in order to combat decreasing rates of breastfeeding, where Nevada was ranked below the U.S. National standards in 2020, with even lower rates in Clark County. Dr. Galgana serves as a member of MOM Congress, a non-governmental organization that addresses current policy issues of motherhood in the U.S., and she continues to actively engage with state legislators to advocate for the nursing profession and families in the Las Vegas Community. In her free time, Dr. Galgana enjoys spending time with her daughter, exploring the spectacular food options of Las Vegas, interior designing, traveling, listening to a variety of music genres, and visiting Disneyland at every opportunity she gets. As a proud member of her community, she is also a die-hard Vegas Golden Knights fan.

We will do our best to accommodate your busy schedule. Please schedule an appointment today!